This array of pickled cabbage and extremely hot green chillies I had in Larnca, Northern Cyprus not only tasted great but looked beautiful. I really like the colours of the green and deep pink together. Art is everywhere; and what’s better than delicious, edible art?!

Well it has been an interesting 6 or 7 weeks and I have learnt much about myself. I know that I cannot fast when I am at home on holiday!  The temptation is just too much.  I also learnt that I should never go downstairs during the night on a fast day.  I just end up munching on something from the fridge or cupboard, deluding myself with the view that it is between the fasts!!!!

Those were the negatives.  The positives were that in reality with a little will power and spending the day at work (or occupied fully) sticking to the 500 is relatively easy and the hunger is not overpowering.

What I will take from this experience is a permanent method of how to live my life and win the battle of the calories.  I see the 5:2 plan as a way of life that can be worked in with my current Weight Watchers regime and when I move onto maintenance which I hope to achieve sometime next year then this will also dovetail in with the 5:2 plan nicely.

I think that the trial ran for me at a particularly difficult time work-wise and home life-wise, as I was extremely busy at work and had to do several visits to our other offices, some involving hotel stays and the end then coincided with my main holiday.  Having said that I managed through that time to lose half a stone, but whilst on 3 weeks holiday and a busy weekend away for work only put back on 3 ½ lbs even though I did no exercise and relaxed my eating habits dramatically.  Had I not attempted to keep to the fast days as I did I think that I would have been looking at the best part of a stone put on!  Indeed last Christmas I only missed 1 Weight Watchers weigh-in over Christmas so only let myself go for a week and I put on 3 lb.  This time round I missed 5 weigh-ins, so 3 ½ lb for that length of time is amazing really.

What I need to do to carry on is to become much more focussed on my twin goals, which are to shift the final 2 ½ stone and dramatically improve my health.  I need to increase my will power and really stick rigidly to the 500 cal limits on fast days.  One thing that is going to help is that my husband has decided to join me in fasting on a Monday and after the New Year is going to extend it to two days.  This will help me to be much stricter with myself as I will not just be letting myself down.

Good luck to everyone who tries this regime, don’t be too hard on yourself if you slip up sometimes, because to be honest even if you only achieve 700 or 800 calories on day you are still doing some good and building good habits takes time and patience.  One colleague limits what he eats at work to the bare minimum (less than 100 calories) and then allows himself to pretty much eat normally at home in the evening.  Whilst this may not follow the plan rigidly and may not achieve the reduction of the damaging growth hormone, it will contribute to lowering his overall calorie intake for the week.

Thank you to everyone who has read my posts.  I enjoyed writing them and sharing them with you.

Houmous can also be spelt: hummus, hamos, hummus, hommos, hommus, hummous and is the Arabic word for chickpea.

I ate lots in Cyprus and it got me thinking…where was it born? How was it born? And how could I make lots more of it at home?

The main ingredients for houmous are chickpeas, olive oil, tahini and lemon juice. It’s said to be Levantine …a cuisine from ‘Levant’ which covered Israel, Lebanon, Southern Turkey, Syria, North Iraq, Jordan and Palestine. Chickpeas have, however, been a staple of the Egyptian diet since ancient times and been around since prehistoric times. As far back as 400 B.C., Socrates and Plato were writing about the benefits of chickpeas in their diet!

Apparently, the chickpea is native to an area in Persia around the Caucasus Mountains. It was possibly first made in the 12th century by the Sultan of Egypt, Saladin – although some people believe that chickpeas originated in Turkey.

Chickpeas grow in tropical or subtropical climates and must have more than 400 centimeters per year (a lot)! Although it’s hard to track the exact birthplace of houmous, we do know that it has been a part of the Middle Eastern and Mediterranean diet for thousands of years.

If you’d like to make it yourself at home, here’s how:

Drain chickpeas and keep the liquid from the can. Mix the other ingredients in blender or food processor. Add 1/4 cup of liquid from the chickpeas. Blend for 3-4 minutes on low until thoroughly mixed and smooth. Place in serving bowl, and create a little well in the center of the hummus. Add a small dribble of olive oil in the well…one tablespoon should be enough.

I like to eat mine with bread, carrots, crisps or celery sticks (depending on how healthy I’m feeling).

For the forseeable future I will now be writing a couple of articles per week for AGI Magazine. My first is this article on the potential dangers of fish rich cuisine. Enjoy!

I have recently returned from a fabulous trip to Northern Cyprus. Despite the beautiful weather, great company and the abundance of cocktails, the thing I loved most there was the food. Sure, the kebabs were mouthwatering. The mezze was to die for. But what I fell in love with was the food that you could pick off trees and eat! The food growing before your very eyes. I didn’t have to search for it…most was growing in the garden of the villa we stayed in. Amazing! 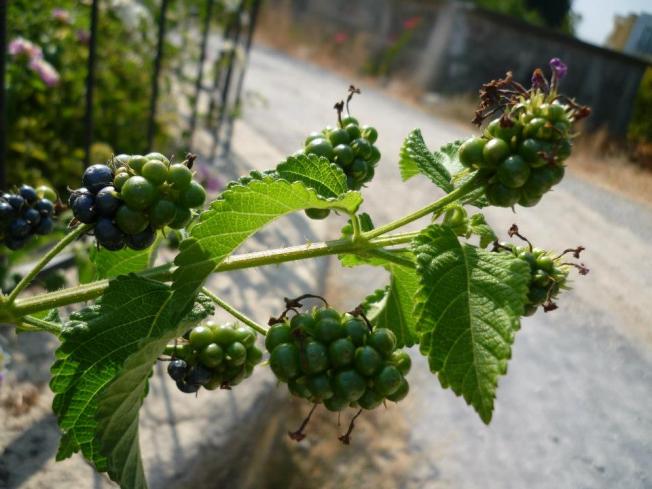 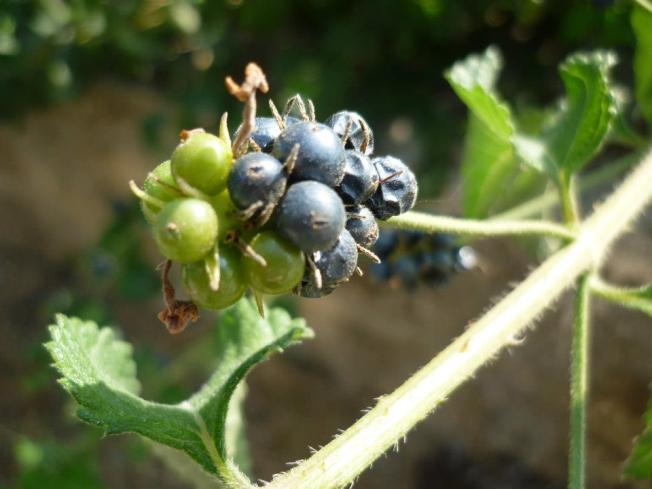 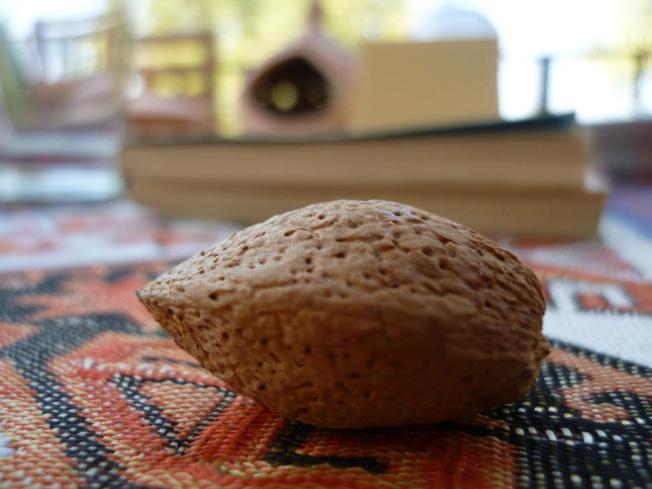 I no longer think of myself on a diet.  I’m still doing 5:2, trying to be flexible on which days I do my fasting, but it’s not a diet.  I think I’ve actually changed the way I think about food and the way I eat.  Now I just happen to like to have two days a week when I take it easy and make do with 600 cals.  That’s it really; it doesn’t seem a big deal now, just a minor part of my lifestyle.

I hardly even notice the hunger anymore.  I’ve come to enjoy the feeling of having a completely empty stomach.  After a few hours of not eating I feel a huge rush of air gurgling up from my insides and echoing through my tummy in a muffled roar.  I like that – it’s a lot more pleasant feeling than it sounds!

My weight loss has slowed, but not stopped.  I’m pretty much holding steady with a good, healthy BMI of 24.5.  Officially, I’m no longer overweight, and I do feel better.  No more indigestion, no more squeezing into too tight jeans and no more trying to suck my gut in.

I think 5:2 has been a big success for me, all the more so because I don’t feel I’m really trying.  I’m certainly not restricting what I eat on feed days, so there’s never a point where I can crumble as so often happens in traditional diets.  All I need to do is just slow down a bit two times a week.

It’s a piece of cake!

This is going to be my last post on this site and I must say it has been great fun and really helpful to write. Rarely, if not ever, have I focussed so intently on what I eat and indeed what Hubby eats.

Speaking of Hubby he had some great news following a recent blood test. His bad cholesterol was reduced and his good cholesterol was significantly increased in comparison with his last test. His blood pressure was lower and other markers such as kidney function were improved. All in all the nurse was really impressed and put most of the improvements down to Hubby’s new regime.

During the last seven and a half weeks on the 5:2 diet there have been quite a few challenges. These have included deciding whether to fast on holiday, dealing with headaches and hunger, irritability and what on earth was low calorie enough to eat on a fast day.

For Hubby and I the 5:2 diet has undoubtedly resulted in significant weight loss; me 9 lbs, Hubby 16 lbs. Alongside this Hubby has proof of increased health benefits and we have both begun to look at what and how we eat in a new light. Food tastes better, we both appreciate our treats more, and can now eat in moderation without scoffing until we are far too full. We generally have more energy and the fasting days get easier each time. We are both committed to continuing and are therefore faced with one last important dilemma – what do we do at Christmas?